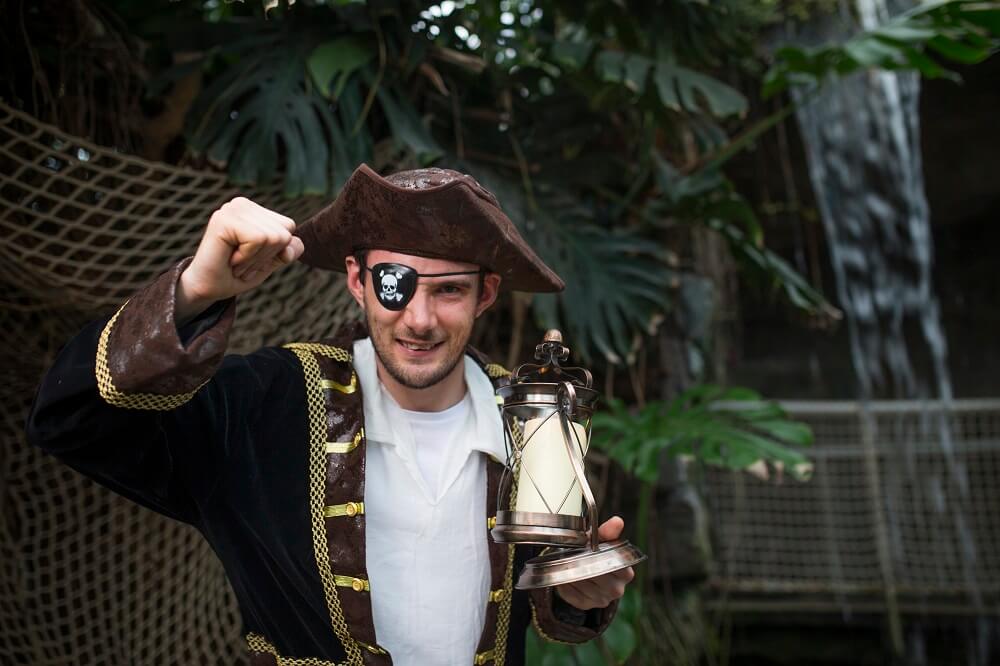 Bristol and the South West was home to some of the most famous and ruthless pirates in the world. They terrorised our busy ports, ruled the high seas, and struck fear into the hearts of sailors and battle-hardened Royal Navy captain alike. And it all started with a man named William…

In the Bristol Channel lies a mysterious, mist-shrouded place known as Lundy Island, and in the 1200s, fearsome pirate William de Marisco claimed it as his own. Why? Because it was the perfect base to inflict his bloody reign of terror on the busy shipping lanes in the South of England.

He regularly stole from passing vessels in the Bristol Channel, and viciously attacked sailors all over the Devonshire coast. He became so wealthy and powerful from his piracy that he formed an army and attempted to assassinate the ruling monarch of the time, King Henry.

After years of tormenting the South West’s sailors, Lundy Island was invaded by the King’s army, who captured William and several of his henchmen. After his arrest, he was dragged to the Tower of London and convicted of treason. His punishment? He was hung, drawn and quartered, and his remains were toured around UK cities. Yet he was just the first, and many more pirates would follow in his footsteps…

It’s said that Cardiff’s old port was renowned as a haven for ruthless pirates in the 1500s. The likes of Black Bart managed to haul over 400 ships into the city’s quays to plunder their valuable cargos. Many people believed the local aristocracy were involved in helping these marauding cutthroats. In fact, John Callis, the most feared pirate of the time, claimed to be well in with the local mayor and sheriff. It was only when the Spanish Armada launched their attack on the British mainland that Black Bart and his swashbuckling ilk decided to escape and set sail for further adventures in the Caribbean.

The golden age of piracy

Pirates loved gold, not to mention any other treasure they could steal from passing ships, and for around 200 years, during the 17th and 18th centuries, they amassed a lot of loot – and this was known as the golden age of piracy. Ships travelling to Europe from Bristol or London regularly met their fates at the hands of pirates from the South West of England, and some say treasure chests filled with this stolen loot is still hidden away in the many coves and inlets dotted around the coastline. It was during this golden age that the most feared and famous of all pirates made his name….

How did the man born Edward Teach in 1680 come to be better known as Blackbeard? He would stuff smouldering fuses into his fearsome dark beard to create terror in his enemies and crew alike. This famous Bristolian captured a vessel called ‘Concord’ on its way to the Caribbean and renamed it Queen Anne’s Revenge. But that was just the start of his diabolical reign. He and his several hundred followers went on to capture untold numbers of vessels, stripping them of treasures and making many a sailor walk the plank. He traveled far and wide, terrorising the East Coast of America and the Caribbean, and always ensured his own crew remained fearful and obedient by occasionally shooting one of his most loyal lieutenants in the leg. When the navy finally caught up with him in 1718, he died during a fierce and bloody battle, and his head was displayed on the ship that captured him. But his name, and terrifying legend, live on.

You can learn all about Blackbeard and his adventures with Pirate Pete walking tours around Bristol Harbourside. Find out more here!

Want to hear hearty tales of swashbuckling adventures on the high seas from a real pirate? You might even be able to help him uncover the whereabouts of his hidden treasure and gain a share of the loot yourself if you cast your anchor at our Pirates and Mermaids event. Our resident pirate, Captain Clatters, will be here Tuesdays, Thursdays and Saturdays over February half term 2019!