Wildlife to Spot Near Bristol This Autumn

Here is our guide to the UK’s most wonderful wildlife in autumn, and where to spot them.

Cornwall, Scilly Isles and Devon have been named the UK’s top three shark hotspots in the UK. It is thought that there are 20 species of shark living in waters off the coasts of Cornwall and Devon, and there’s a greater chance of seeing sharks here than anywhere else in the UK.

For an autumn day trip like no other, hop in the car and drive down to the coast on a clear day – while the weather won’t bother the sealife, the waters will look calmer and clearer if the skies are bright. Basking sharks, lesser-spotted catsharks, and bull huss sharks are locals to the South-West coast.

Did you know that basking sharks are the second-largest fish in the world? They’re completely harmless – except to plankton! – and can be spotted from May until late-October.

Did you know that lesser-spotted catfish and bull huss sharks can also be seen closer to home? Pop into Bristol Aquarium to meet four incredible species of UK-native shark. 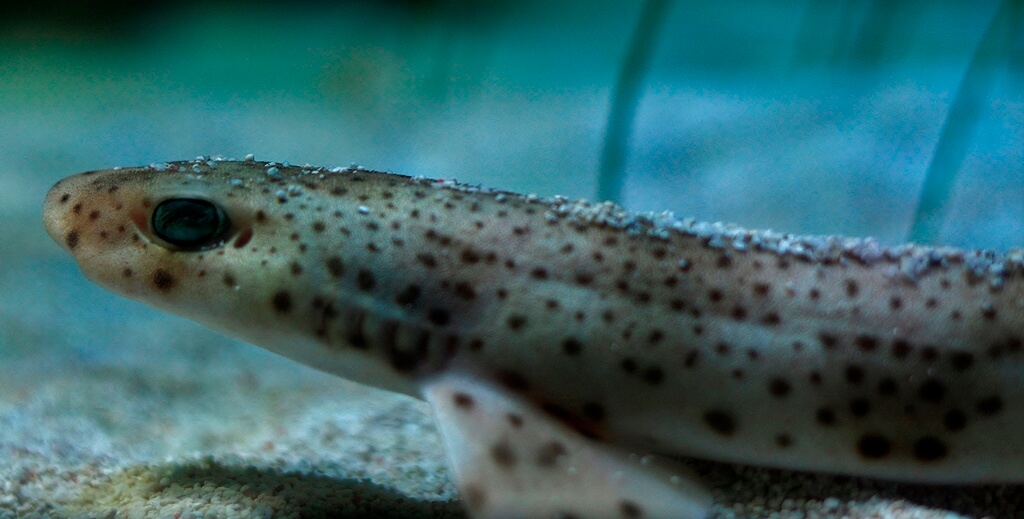 Also known as muntjac deer, these unique animals can, well, bark (now that’s barking mad!) and autumn is the probably the best season to hear their loud, distinctive bark.

There’s a thriving population of barking deer in almost every English county, and even a few in Scotland and Ireland – so wherever you are, you should be able to find some nearby, or at least hear one or two! From Bristol, you can visit captive muntjac deer at various zoos and farms around Somerset, Devon and Pembrokeshire and South Wales.

If you do visit a local deer park this season, you may even spot a deer fight, since this is the time of year when stags and bucks develop, and can begin to get territorial.

Did you know that the barking deer – muntjac deer – originate from China? They were introduced to the UK in the 20th century and are now a well-established species around the country.

For many birds, autumn is a season of flocking – from parties of long-tailed tits to huge flocks of waders on coastal estuaries. On your autumnal evening walks, don’t forget to look out for jackdaws, rooks, and carrion crows flying to woodland roosts in large groups.

If you live near the coast, then you can welcome great skeins of migratory geese, amongst many other species, like redwings and many kinds of ducks, as they fly in to spend the winter with us – speaking of which…

The beginning of autumn is a great time to watch migratory birds depart, too. Birds like swallows and house martins will start making their way down south in pursuit of food and warmth in Africa; whilst puffins and gannets will leave our shores to spend the winter in the sea.

Islands and coastal areas are the best places to watch migratory birds – you can even spot rare birds from North America, Europe, or Asia on the Isles of Scilly. Just make sure you choose the right time of day: early morning and dusk are your best bets if you want to spot the birds.

From Bristol, you can visit the River Exe Estuary, which is home to dozens of species of rare birds, including leggy, long-beaked waders. Thousands of birds flock to these wetlands every year – and even if you don’t count yourself as a birdwatcher, the sights are fascinating. See how many species you can count!

Did you know you can identify birds you spot with the RSPB’s bird identifier? We’re really lucky in the UK to have dozens of species of wading birds and seabirds, so get your eagle-eyes at the ready!

Arachnophobes, beware! Spiders are present in the UK all year round, but they’re more frequently seen in autumn, when some of the more common species are fully grown and can be found in their webs. Take an early morning walk outside and you’ll no doubt notice how many spiders there are.

See if you can spot their drifting gossamer (commonly known as spider silk), abundant enough to be seen in dew on hedgerows, in meadows, and even on house windows and car-wing mirrors. If you’re lucky enough, you may even find a spider actually spinning a web, so watch carefully how it’s constructed!

Get Up-Close to Incredible Wildlife

Did you know that our Sunken Ship exhibition is inspired by UK waters? We’re immensely proud of our conservation programmes, and the Sunken Ship is testament to that, with our hugely successful breeding of moon jellyfish. You can visit our born-and-bred ‘smacks’ of jellyfish, our giant common lobster, and more all year round.

We are home to some tropical creatures that you (probably) can’t find in the UK’s wilderness, too – so come and get your tickets today to get fin-to-face with rays, piranhas, creepy crawlies, and marine life from around the world.