Shark Species Found in the UK

Don’t be fooled by the famous sharks you see on the big screen – their fearsome reputation is actually a myth. Plus, they’re much closer to home than you think. We’d like to introduce you to six of the sharks that are currently having a fintastic time swimming around in British waters.

Known as one of the most unfussy eaters of the ocean, the dogfish feeds on pretty much anything it can catch: prawns, worms, small fish, and crustaceans. The dogfish is one of the most common types of shark found in UK waters. They are usually found around the southern and western waters of the British Isles.

Despite its name, it doesn’t actually look like a dog. It has a long, slimy body with skin that is very rough to touch. Dogfish lay their eggs differently to their other fish counterparts: as opposed to laying hundreds of eggs, a dogfish lays fewer eggs. They are protected in a special casing known as a mermaid’s purse, where the offspring wait for up to 10 months. This allows the eggs to develop and grow without being preyed on, thereby giving them a much higher survival rate.

Wondering what a mermaid’s purse looks like? You can see them in the tanks with our sharks! 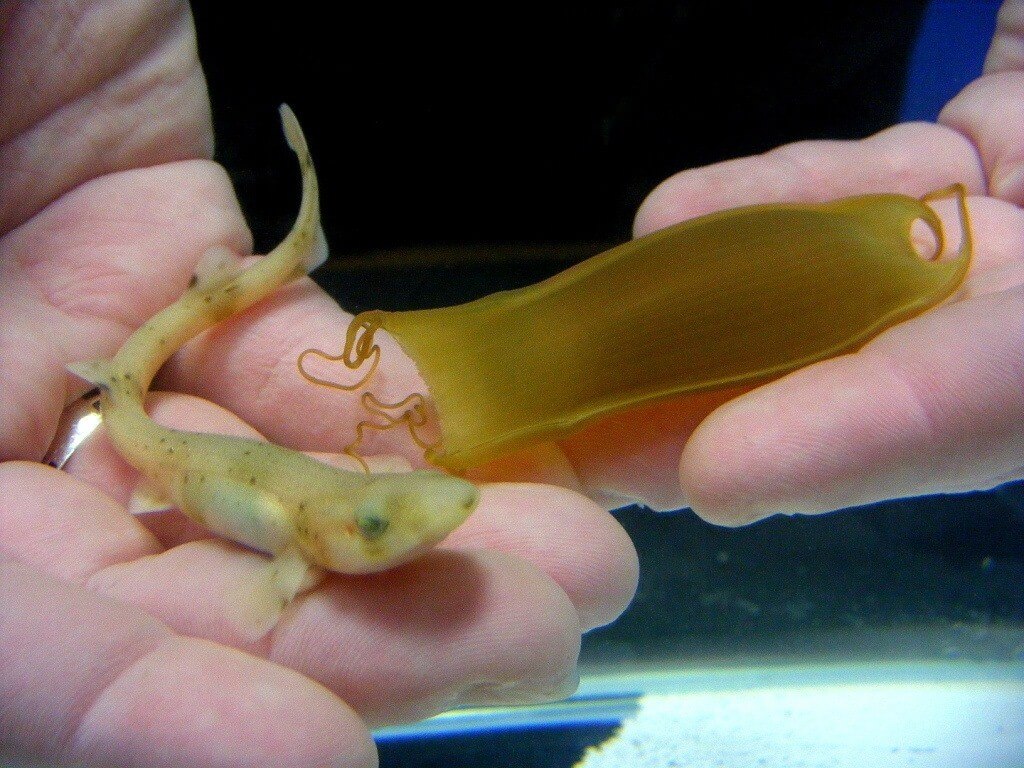 The bull huss shark is a type of dogfish, but is a much larger breed. You can find the bull huss swimming around the southern and western coasts of Britain. It prefers to live in deeper, rockier waters so it can hide away in cracks and crevices to trick its prey into thinking its sleeping.

Similar to dogfish, bull huss sharks lay eggs in protective cases to give their offspring higher chances of survival. Their reproductive season is through spring and summer.

Did you know you can meet a friendly dogfish without venturing out to sea?

You’ll catch this species of shark feeding along the bottom of the seabed and only venturing to midwaters to feed on prey such as sprats and herring. The spurdog is known to swim around in shoals, which helps it to cover large distances when looking for food.

The spurdog has two dorsal fins that release venom – it’s one of the few venomous fish found around the UK. Its venom can cause extreme discomfort and swelling in humans. Watch out on those summer nights, because you can often see spurdogs swimming slowly just beneath the water’s surface.

Growing up to 6ft long, the tope has a streamlined body with a distinctive, long snout. It is known for its aggressive, powerful presence, and for being an extremely strong swimmer.

The tope shark is ovoviviparous and gives birth to live young. It is only during the mating period that male and female topes socialise – the rest of the time they are separated by gender.

The fastest fish in the ocean – no, really – the shortfin mako shark can swim up to speeds of 60mph! It’s not just its speed that sets the mako shark apart from the rest – its appearance does too. The dorsal (top) side of a mako shark can vary in colour between deep purples and bright blues. It has a slender and elongated body which allows it to cruise through the water at such speeds.

Sharks are known for their razor-sharp teeth, and the shortfin mako shark is no exception. Its teeth are some of the sharpest around, and they are so powerful and intense that they can even stick out when its mouth is closed.

If you’re fast enough to catch up with a mako shark to witness its fascinating attributes, you might have to test your jumping game too. The shortfin mako can actually jump out of the water, reaching heights of 15-20ft!

This fascinating species is still causing whispers among researchers with its reproduction methods. It has been found that if a pregnant female mako shark is captured, it can purposely abort its embryos. 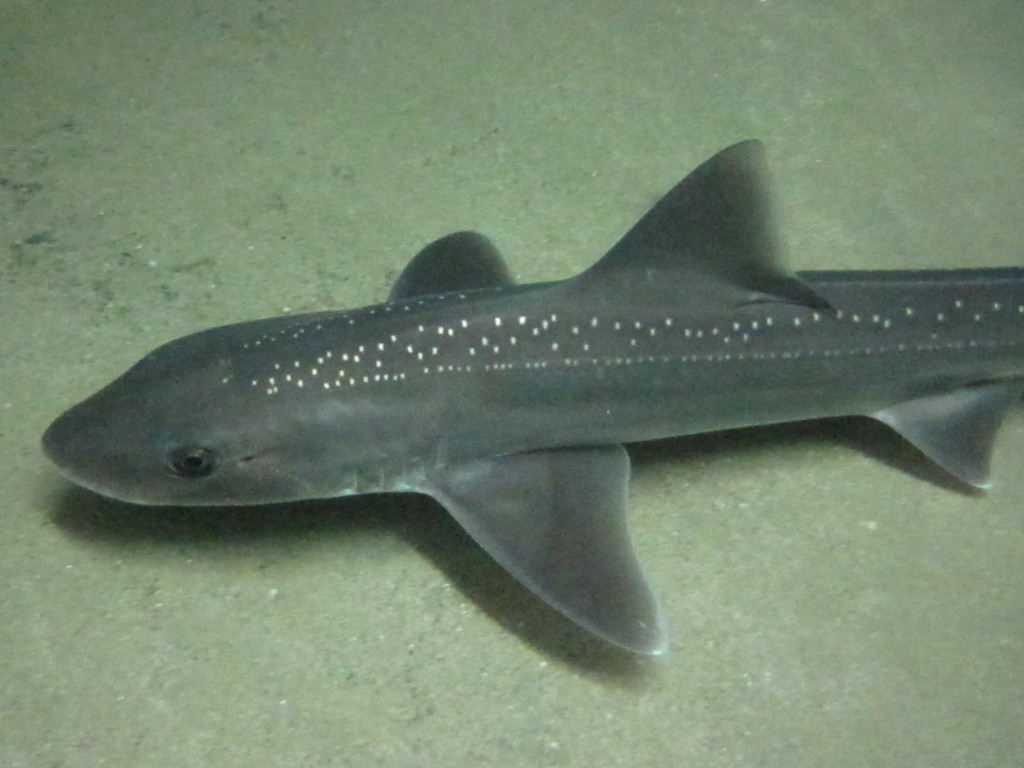 Also known as gummy sharks – cute, right? – smooth hounds are found in waters off the coast of South and West England. Swimming in shallow waters, they favour sandy and shingle seabeds. Despite their shark-like appearance, smooth-hounds are not scary, underwater predators.

Feeding mainly on crustaceans, smooth-hounds do not have razor-sharp teeth. Instead, it has powerful crushing plates which help them get all the nutrients they need to complement their diet.

Spot these on your visit to Bristol Aquarium!

That’s What We Call Jawsome!

As the old saying goes, “there are plenty more fish in the sea” – and that’s the case for sharks too! Make sure you catch our shark talks and feeds to learn even more about these fascinating creatures that are swimming on our coastal shores.

Dive on by to our Facebook and Twitter to stay updated on all the latest ocean news.