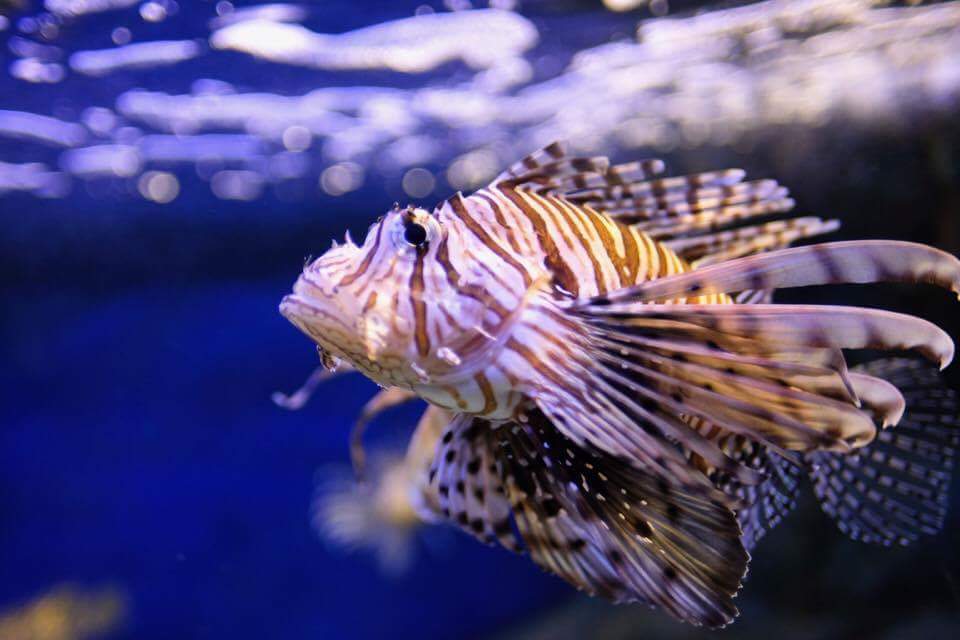 It is easy to see how the lionfish got their name, with a series of long spies on the dorsal fins and their long pectoral fins giving them the appearance of a lion’s mane! These long, needle-like spines, are used for defence rather than attacking with, stopping predators from taking a bite. Not only can these spines give a nasty wound, but they are also venomous! It is no surprise to learn that the lionfish come from the scorpionfish family, which includes some of the most venomous fish species including stonefish. A lionfish’s natural predators would include animals such as large fish and sharks.

The difference between poison and venom is the way that the toxin is delivered. If it is something that is ingested, or eaten, it would be a poison. If it is injected, like in the spines of a lionfish, it is a venom.

In its natural range in the Indo-Pacific Ocean, the red lionfish is threatened due to factors such as the destruction of their reef habitat and large scale capturing to display in private collections. However these fish can also be found in large number outside their natural range following a release by pet owners in Florida in the 1990’s. This invasive species has done exceptionally well in these areas, as it will eat most things, has a rapid reproduction rate and has few if any natural predators in these areas that can withstand its venom. Due to this the coral reefs in the Gulf of Mexico, Caribbean Sea and surrounding areas are now threatened from the disruption in the food web. Though there are efforts to try to control the spread of these fish it is likely that it is too little too late to stop their spread.