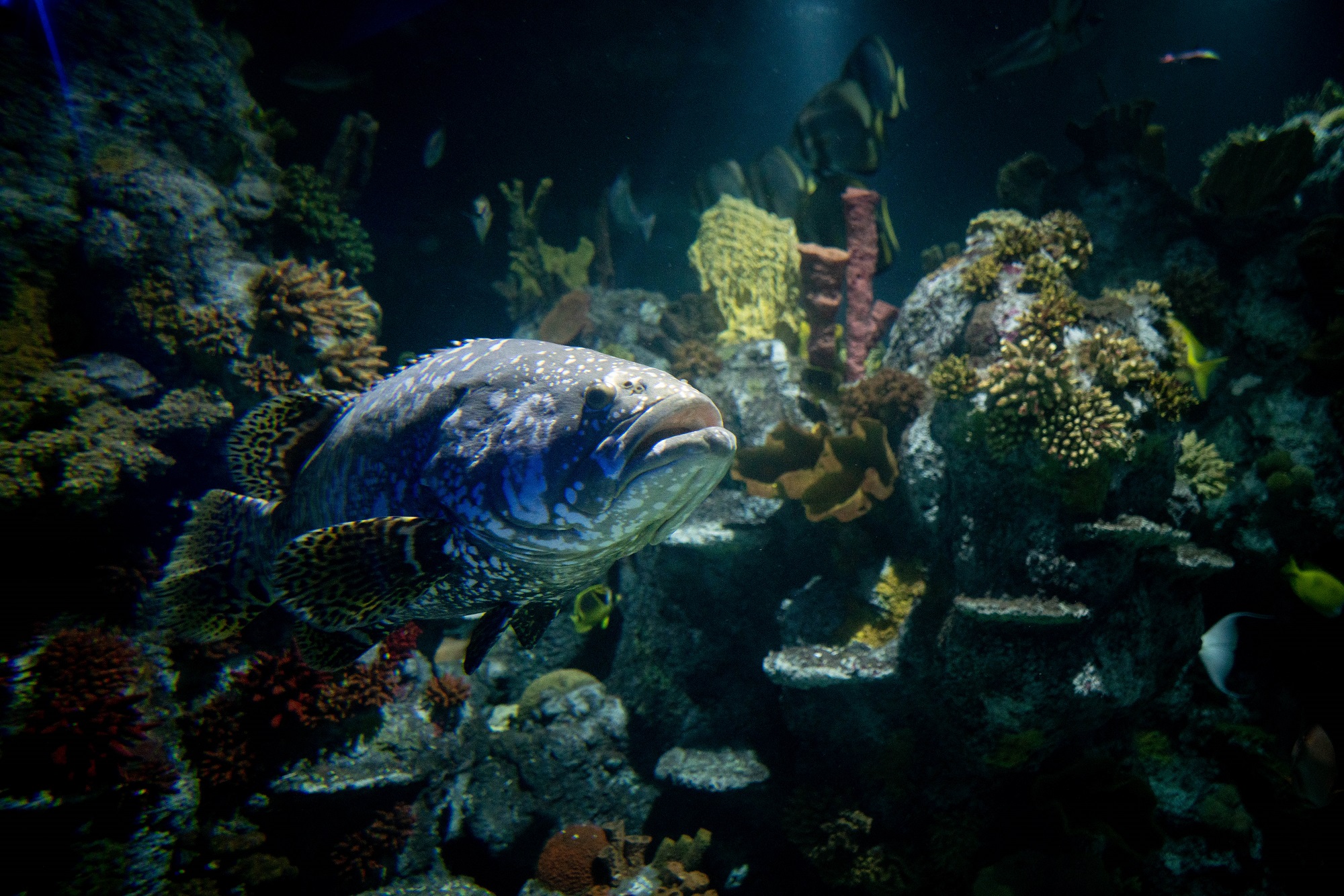 Looking at this fish it is no surprise how it got its name, this is one GIANT fish. In fact, the Giant Grouper is the largest bony fish found in coral reefs, weighing up to 700-800 pounds.

With their size, the Giant Grouper has a pretty big mouth, meaning it has a lot of choice when deciding what it wants to eat. They feed on a wide range of foods including fish, crustaceans and even small sharks! This species don’t chew their food, instead swallowing it whole! To get the food into their mouths, they open it quickly, which creates a sort of vacuum, sucking the prey into the grouper’s mouth. And with their three to five rows of teeth not many things are escaping!

The most unusual thing about this species it the way that groupers reproduce. Giant Groupers are protogynous hermaphrodite, which means they change their gender. They start off and mature as a female, before becoming males when the reach bigger sizes, around five to six years. This form of reproduction is common in fish, and is seen in other species including clownfish.

Giant groupers are critically endangered, mostly due to the destruction of the coral reef habitats on which they rely as well as overfishing. Their slow growth and low reproductive rate means that it takes this species longer to recover from these declines so they are especially vulnerable.