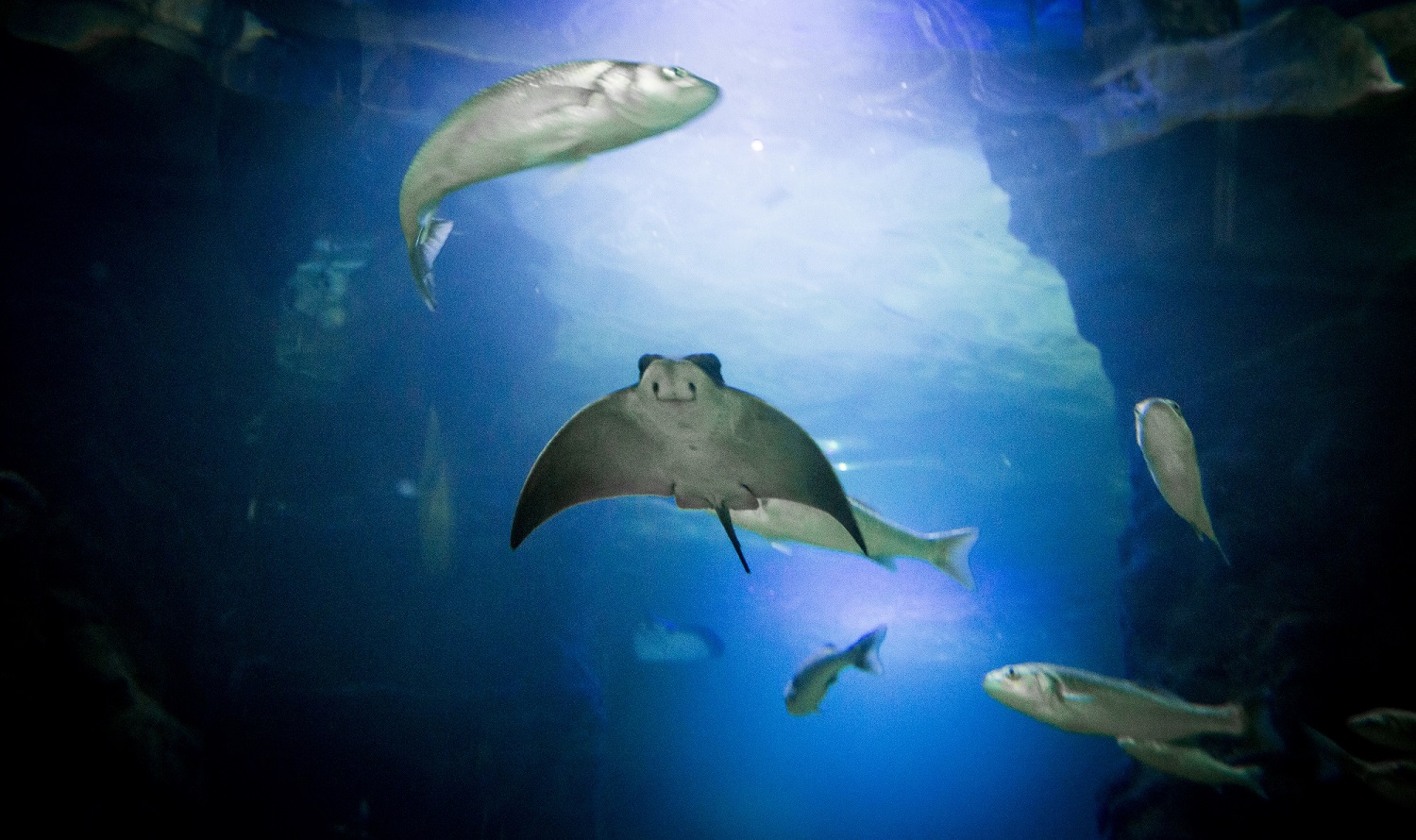 Cownose Rays (Rhinoptera bonasus) are named for the shape of their head, which, if seen from above, looks a little like the nose of a cow.

These larger rays have few natural predators, though may occasionally be predated on by larger sharks. Cownose rays are strong swimmers, and don’t tend to rest on the bottom often, unlike other types of rays. These rays can be found in groups, called schools, sometimes even forming large groups of thousands of individuals, especially during their long migrations.

Cownose rays have a long tail, which is longer than their body, with a venomous stinger at the end. These rays are very docile however, and will only sting as a last line of defence. Generally as these rays prefer swimming near the surface and do not often rest on the bottom, they are a low risk to humans stepping on their spines, and would instead choose to stay away from us.

These rays feed on the sea floor, on shellfish, crustaceans, invertebrates and fish. As well as using their keen sense of smell to help find their prey, they also have electroreceptors in their snouts, which can detect tiny electric currents from their prey hidden in the sand or mud. Once their prey has been located, the rays will flap their fins to stir up the sediment and suck the prey into their mouths.

Rays are related to sharks and share many of the same characteristics such as having a body made out of cartilage, which is the same thing as in our ears and noses. This gives them the flexibility when they move. Rays and sharks also have rough skin made from a special type of scales called dermal denticles (or ‘skin teeth’) to give them an aerodynamic advantage in the water. Like fish, rays have gill slits to breathe, and they also have small openings called spiracles above their eyes on top of their body which allows them to breathe if they are sitting on the floor.

Cownose Rays are listed as Near Threatened on the IUCN Red List (International Union for Conservation of Nature) as they are often a caught as a by-catch by fishermen because they regularly swim close to the surface of the water.