This week a giant Pacific octopus, the world’s largest species of octopus, has made Bristol Aquarium its new permanent home.

The female giant Pacific octopus arrived earlier this week and is settling into her new tank extremely well; playing with staff and showing off to visitors. 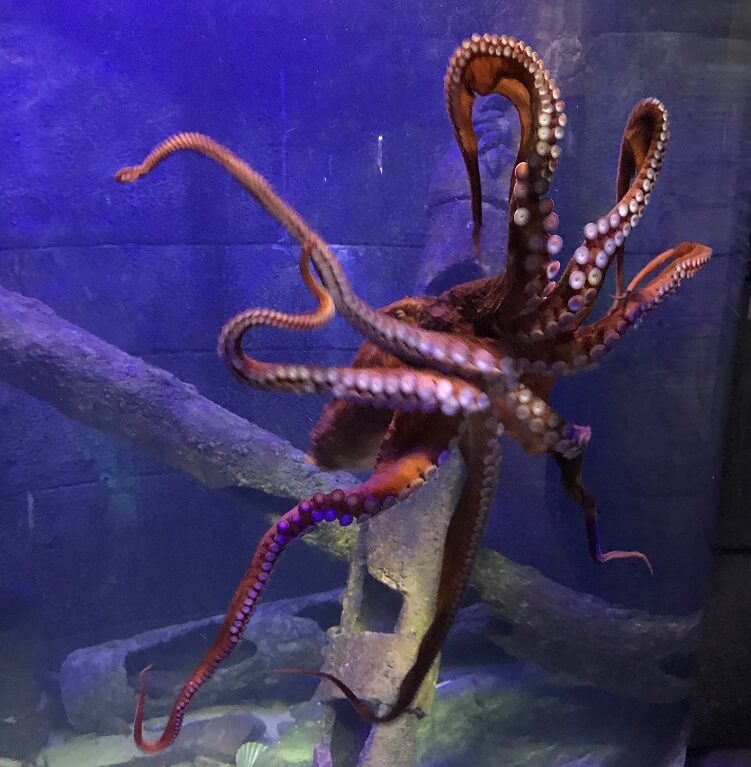 Bristol Aquarium’s aquarist, Rachel Farquhar said: “We are all so excited to have a giant Pacific octopus at Bristol Aquarium again. We didn’t know what kind of personality she had before she arrived but we have found out pretty quickly!

The new arrival is yet to be named. Staff have decided on a ‘space theme’ and thought of a few potential names but Bristol Aquarium would like to let the public have the final decision.

Public votes can be made on Facebook between Andromeda (constellation), Luna (moon) or Saturn (planet). The name will be chosen Monday 5th June.

Giant Pacific octopus are the world’s largest species of octopus and are found from Japan to Southern California. The biggest recorded specimen had an arm span of 10 meters and weighed 270kgs.

Despite the fact that they belong to the same family as slugs and snails, octopus can perform highly complex tasks. As well as unscrewing jars, they can open boxes, distinguish between different shapes and complete mazes. 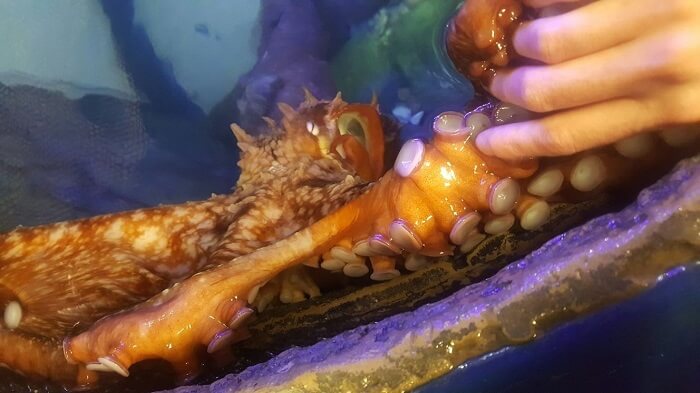 The newly-arrived cephalopod lives in a specially-themed habitat and aquarists are devising a training plan to ensure each octopus is kept both physically and mentally fit. Visitors can see the octopus in the Harbourside area of Bristol Aquarium.