Aquarists at Bristol Aquarium have created special ‘passports’ for each of their resident turtles.

The move comes after a recent growth in the number of incidents where turtles and tortoises have either been taken from, or dumped at, wildlife attractions across the country.

In the past a number of freshwater turtles have been smuggled in to the Harbourside attraction inside a backpack before being released in to one of their open top displays.

In September another turtle was temporarily taken from their sister Blue Planet Aquarium in Cheshire before being returned a few days later following a nationwide appeal. 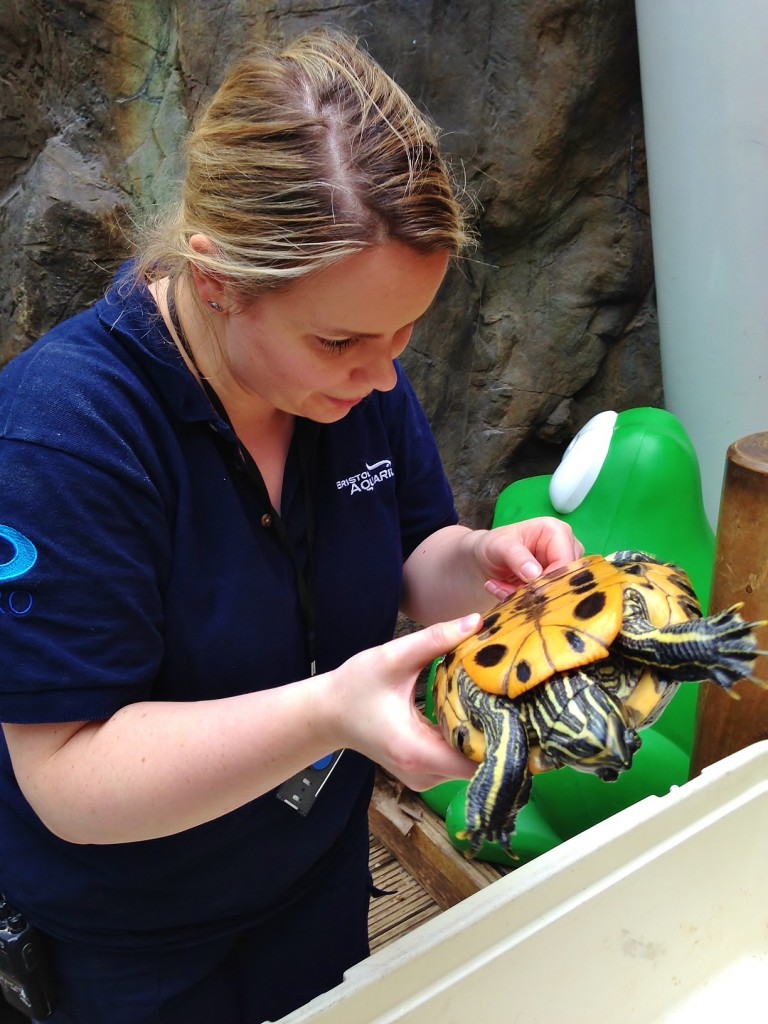 Displays Supervisor Olivia Orchart said: “Each one of our resident turtles has now been taken out and photographed.

“Any individual markings or distinguishing characteristics have also been noted down so we effectively have personal passports for every one of them.

“As well as allowing us to keep track of all the turtles in the aquarium and ensure none go missing or new arrivals are smuggled in, the tagging programme also enables us to more closely monitor the health and development of each animal.

“We can compare their condition year on year and record their growth rate and other important information,” she added. 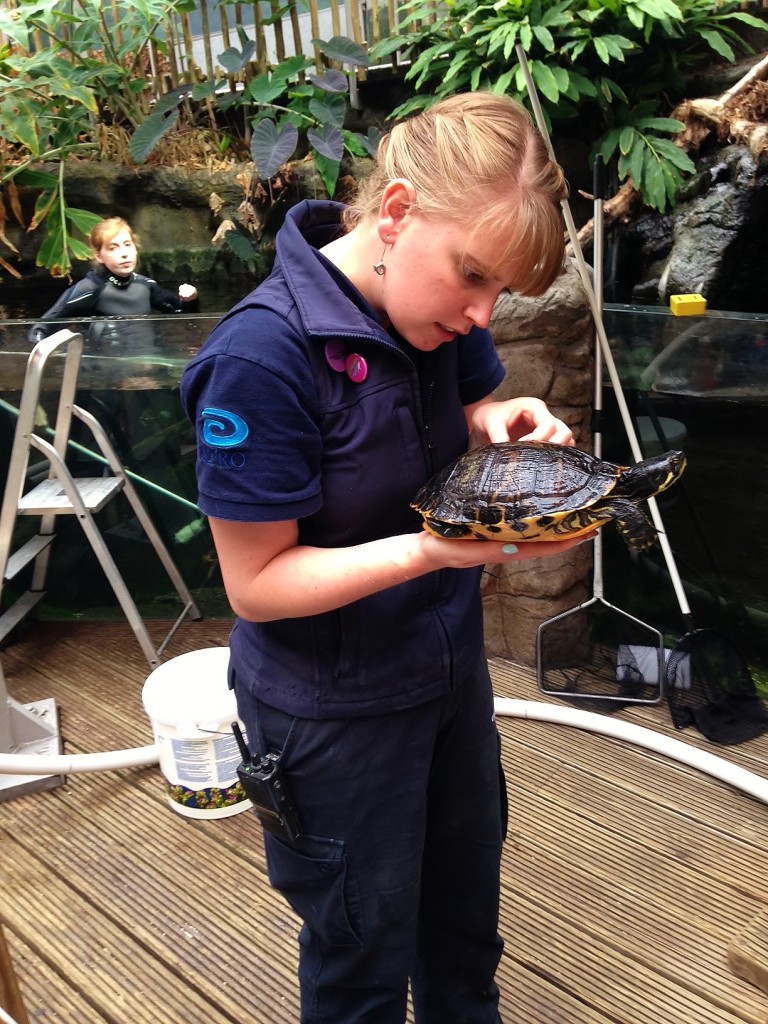 Bristol Aquarium’s Olivia Orchart identifying one of the freshwater turtles

The aquarium’s 60,0000-litre Amazon display is home to a variety of freshwater turtles and terrapins, alongside pacus, catfish, oscars, plecs and freshwater rays; all of which have been donated to the aquarium after becoming homeless or outgrowing their original tanks.

Freshwater turtles and terrapins remain popular pets and often measure only a few centimetres across when they are first purchased. Within a few short years however they can reach 30cms or more and that’s when people start abandoning them.

Many of the country’s lakes have become dumping grounds for exotic reptiles and amphibians and that is posing a potential threat to native species of wildlife which simply can’t cope with sharing their habitat with these aggressive invaders.

If you are interested to learn more about the Turtles at Bristol Aquarium please see the following link to read about the Mighty Amazon area of the Aquarium and come along to our daily talks and feeds.