A severed spiny starfish leg is growing itself a new body at Bristol Aquarium.

Aquarists discovered the detached leg in one of the Harbourside attraction’s native marine displays.

Noticing it had part of its central disc attached, they decided to leave it in the display alongside the remaining four-legged starfish. 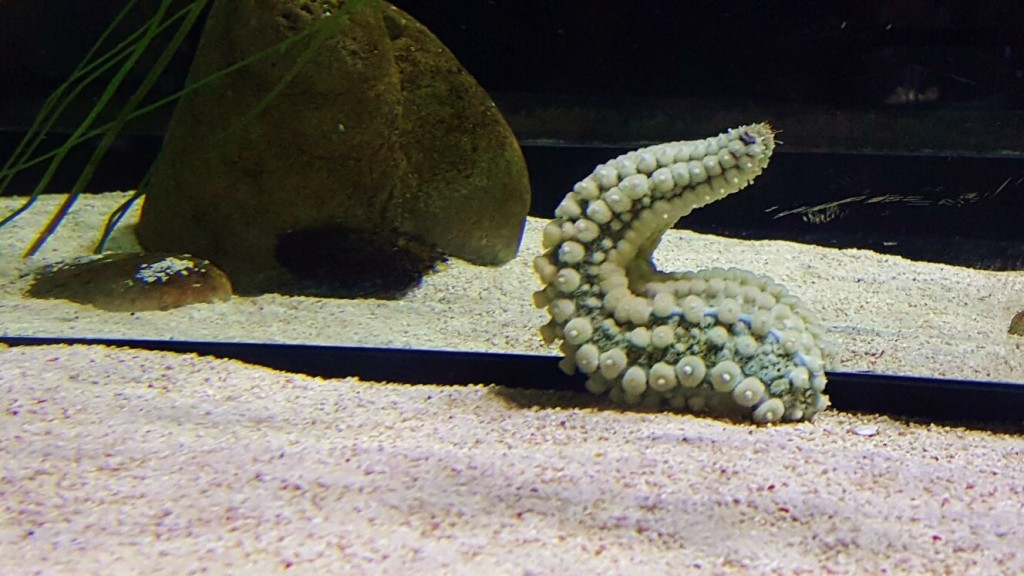 Displays Supervisor Olivia Orchart said: “Starfish are one of the few animals in the world which are capable of not only regenerating lost limbs but also growing entirely new bodies.

“As long as the lost limb has at least some of the central disc area it can develop into a second starfish.

“At the same time the original starfish will also be able to grow a new leg. The whole process can take up to a year or more but we have already noticed the severed leg is beginning to develop,” she added.

The spiny starfish gets its name from the lines of bulbous spines that run along each of its arms. At the end of each of these arms are photosensitive cells that can detect movement.

It is one of the most voracious members of the starfish family and feeds on a variety of both living and dead food including fish, shellfish, molluscs and other starfish.

It lives on rocky bottoms from surface to depths up to 180 metres and is found in the Atlantic Ocean, the English Channel, the North Sea and the Mediterranean Sea.

Often blamed for attacks on mussel and oyster farms fishermen would historically cut them up and throw them back into the sea, not realising this would actually result in more starfish as a single leg and part of the starfish’s central disc can replicate into a new animal!