Get to Know Our Marine Life

Ever wondered what lives beneath the surface of the sea? The world’s oceans are home to thousands of magnificent sea creatures, each with their very own way of life. Whilst some of the creatures that lurk in the waters are top-of-the-food-chain predators, others are quite happy to pass their days exploring the tropical coral reefs that line the seabed.

Wander through our Underwater Tunnel and stop by our displays to come face-to-face with the vibrant and fascinating underwater world. From the unusually spotted leopard sharks to the fascinating puffer fish, here are just some of the varieties of amazing marine life you can discover at our aquarium. 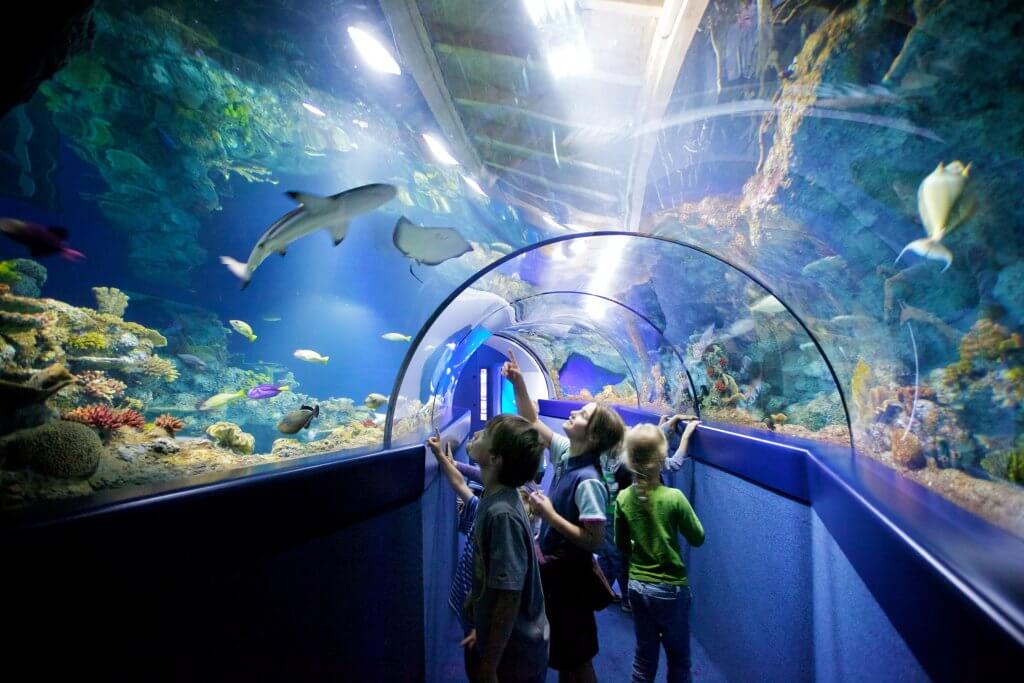 The underwater world is home to far too many tropical fish to name. If you look into the waters of our Coral Seas display you’ll see a kaleidoscope of colour, including the jazzy spotted and striped skins of the oriental sweetlips, the vibrant orange bodies of clownfish (Nemo), the brilliant blue of the pacific blue tang (Dory), and the lizard-like patterns on the honeycomb moray eels.

Coral reefs are an incredibly important part of the ocean’s ecosystem. Not only do they provide a home for many fish, but they also offer a hiding place and protection for smaller fish from predators.

Although coral reefs are often believed to be plants, they are actually animals that are closely related to both jellyfish and anemones.

Did you know that there are around 440 different species of sharks, with 33 of those living in UK waters? Or that they’ve been around for more than 400 million years? They predate dinosaurs! As one of the most interesting and diverse of all sea predators, there’s much more to sharks than what is portrayed in pop culture.

You can see a whole range of sharks in the aquarium, across seven different displays. Spot native species, such as the bull huss, lesser-spotted cat sharks, and smoothhound sharks in our UK Waters display, as well as tropical sharks – such as the bamboo cat shark – in our Coral Seas display.

Due to their especially peculiar-looking flat, wide bodies, you might not think of stingrays as fish, but they are actually closely-related to sharks. Their whippet-like tails – the longest of which measures more than one metre on the longtail ray – usually contain venom to protect them from predators.

With more than 60 different species, these fish have a whole host of defining features, from the speckled skin of the spotted ray to the incredible wingspan (five feet!) of the blonde ray. Our open-topped Bay of Rays display is home to several species, including native thornback rays (known for their rose-thorn-like spines) and painted rays.

The amazing ability of the pufferfish is just another of the marine world’s many wonders. At first glance, pufferfish are slow-moving, serene creatures – but they can instantly transform themselves to become rather deadly to their predators. Using its highly elastic stomach, the fish can quickly ingest huge amounts of water (and air sometimes) to turn itself into a spherical ball that is several times its normal size. Many varieties of pufferfish have spiky spines that stick out like needles when their bodies inflate, protecting them even more from threat.

Certainly a misfortune to fish that think they’ve snagged a tasty treat, pufferfish are among the most poisonous animals on Earth. Most release a dangerous chemical through their skin when they inflate – a chemical that is 100 times more toxic than cyanide! Try to spot these fantastic fish in our Underwater Tunnel and Coral Seas displays. 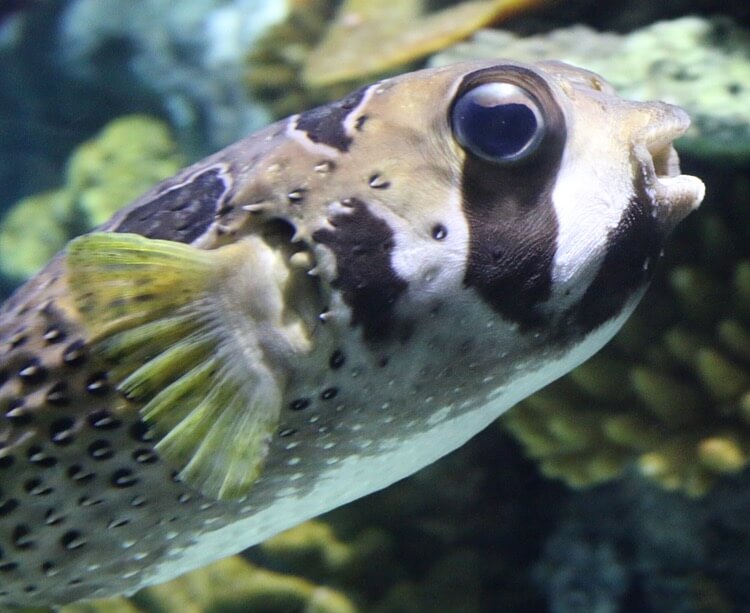 Often considered one of the most majestic of all sea creatures, seahorses may be small in size but they are mighty in strength. Each of them relies on a small fin on their back to propel themselves through the water, and they use even tinier wings (close to the back of their heads) for steering. You’ll often see seahorses swimming in a pair with their tails linked together; this helps them save energy and enables them to get about more quickly (because they are poor swimmers). Their tales also come in handy for anchoring to sea grasses and corals, giving them time to use their snouts to suck in plankton and small crustaceans for food.

Like many of the Earth’s animals, seahorses rely on camouflage techniques to survive, changing colour to mimic that of underwater plants. But the most incredible feature, which separates seahorses from all other animal species, is that it is the male who bears the unborn young. The courtship can last eight hours, with the male and female seahorses doing a little dance together, changing colours, and swimming side-by-side – a truly magical sight to behold.

Be sure to visit our Learning Lab to watch baby seahorses grow before they enter our Native display.

Dive into the Underwater World

There is a whole fascinating underwater world waiting to be discovered at our aquarium. Plan your visit to Bristol harbourside by taking a look at our regular events calendar, and book your tickets in advance online.