Aquarists at Bristol Aquarium have created a purpose-built display filled with holes to accommodate a group of metre-long moray eels.

Staff at the Harbourside attraction built a series of interconnecting holes and passages into the rockwork of the display to mimic the tropical morays habitats in the wild.

The group of snowflake and zebra eels, which were all donated to the aquarium, after outgrowing their original homes share the new display with a shoal of fuzzy dwarf lionfish, soldierfish and a cleaner wrasse – which can sometimes be seen fearlessly cleaning in between the eels’ razor sharp teeth.

Both snowflake and zebra morays are found throughout the Indo-Pacific from the Red Sea to the Great Barrier Reef and in the Eastern Central Pacific from Baja California to Colombia.

As its name suggest, the snowflake moray eel is predominantly white-coloured with darker markings.

Mainly nocturnal the species feeds on crabs and other crustaceans and has been observed slithering out of the water to move from one rockpool to the next.

The black and white striped zebra moray is naturally shy and reclusive, often found with only its head sticking out from its rocky home. 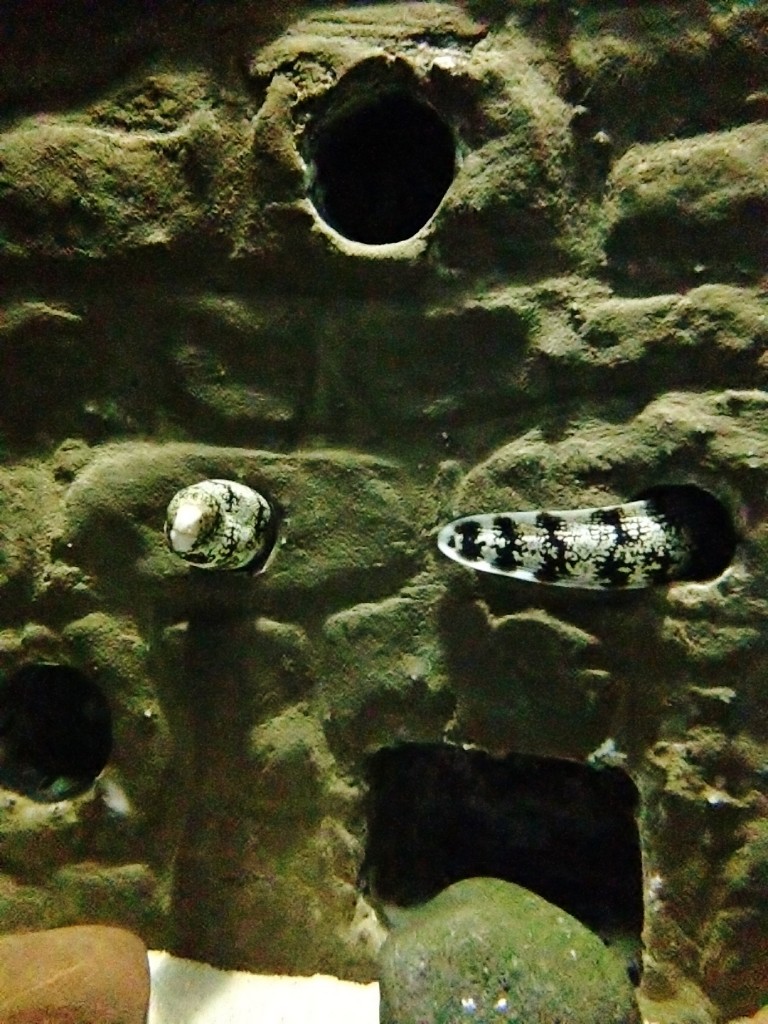 “Moray eels have poor vision which may be partly responsible for them earning quite a bad press as being overly aggressive,” said Bristol Aquarium’s Olivia Orchart.

“Despite their fearsome reputation, moray eels are generally quite shy and secretive creatures that spend much of their time hiding inside crevices among the coral reefs.

“The fish often look threatening as they open and close their mouths in a menacing way, but this is just the way they breathe. 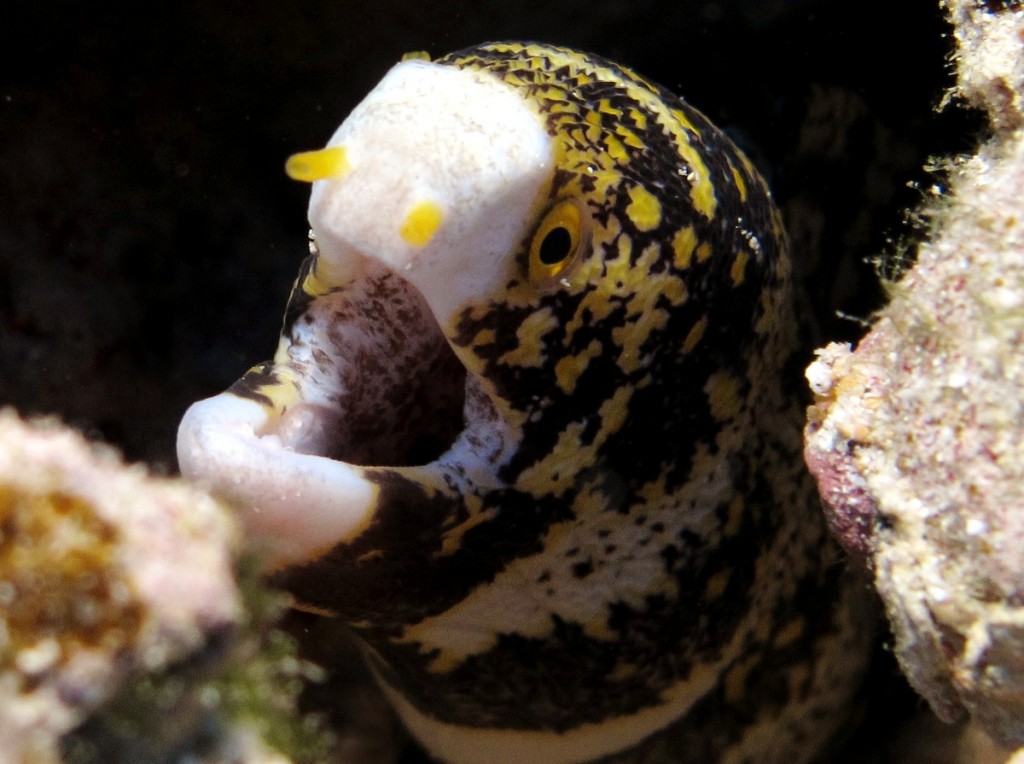 “However they do have sharp teeth and have to be handled with extreme care as they are capable of inflicting nasty bites.

“This has led to incidents with divers who hand-feed them, particularly on the Great Barrier Reef, receiving serious bites. We take no chances and tend to stick feed our morays from a safe distance,” she added.

Unlike most other fish, moray eels don’t have scales. So to protect themselves against scrapes and parasites, they ooze a slimy coating of mucus over their thick muscular bodies.