Eagle-eyed visitors might have noticed that our tank of carnivorous plants has vanished from our Urban Jungle. Don’t worry – they’re just behind the scenes for their 4 months of winter dormancy.

Did you know that many carnivorous plants need a cold winter period to be healthy? This dormancy is a bit like hibernation, and helps them conserve energy during the cold dark months so that they can regrow in the spring. If we left them inside where it is nice and warm, the plants would keep growing constantly and eventually they would become exhausted. 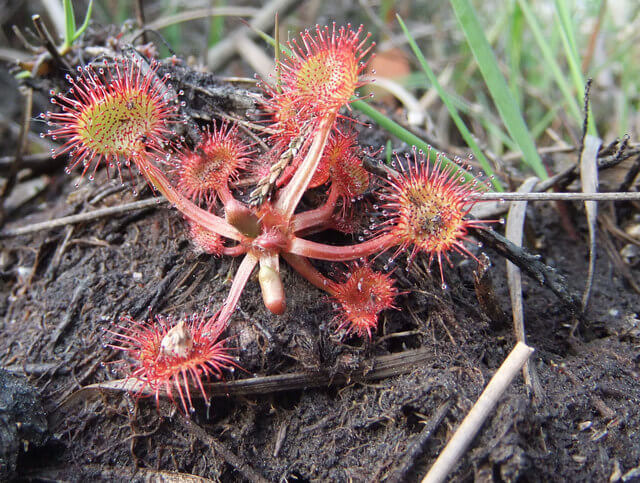 Many carnivorous plants like the Venus Flytrap and Sarracenia Pitcher plants live in North America where the winters are extremely cold, and many have evolved to survive being buried under the snow. There are even carnivorous plants right here in the UK; several rare species of sticky sundews and butterworts which live in our chilly peat bogs.

This is often why that Venus Flytrap on your kitchen windowsill doesn’t survive more than a year or two indoors. If you have one of these cold-loving species at home, try putting it in a cool place like a garage or conservatory during the winter and let it chill out… Brrr!