Aquarists at Bristol Aquarium, are celebrating after the birth of a baby shark, with more due to hatch out soon.
The tiny shark, a member of the native catshark family, is thriving in a special nursery tank at the aquarium – safely away from the attentions of its larger cousins. 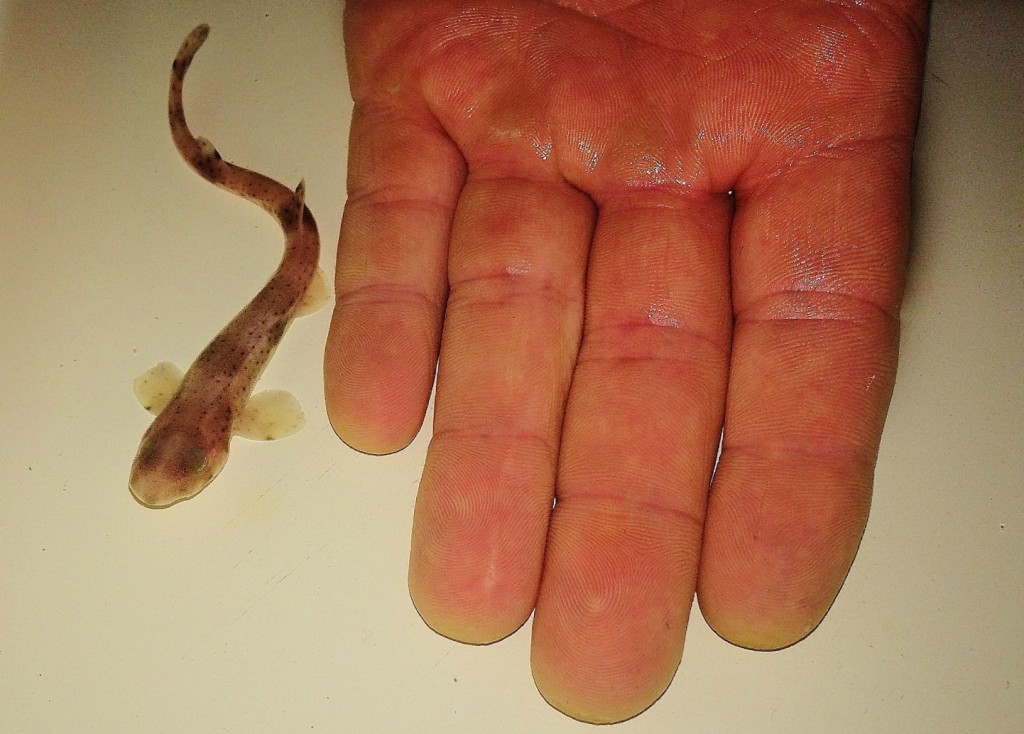 The tiny Lesser Spotted Catshark baby
Staff at the Harbourside attraction say they are expecting many more births over the coming weeks.
Displays Supervisor Olivia Orchart said: “It’s been absolutely fascinating to watch the tiny shark embryos developing inside their egg-cases.”
“As they get closer to hatching you can clearly see them wriggling about and trying to find a way out. Once they do finally emerge they are pretty much fully formed miniature versions of their parents,” she added. 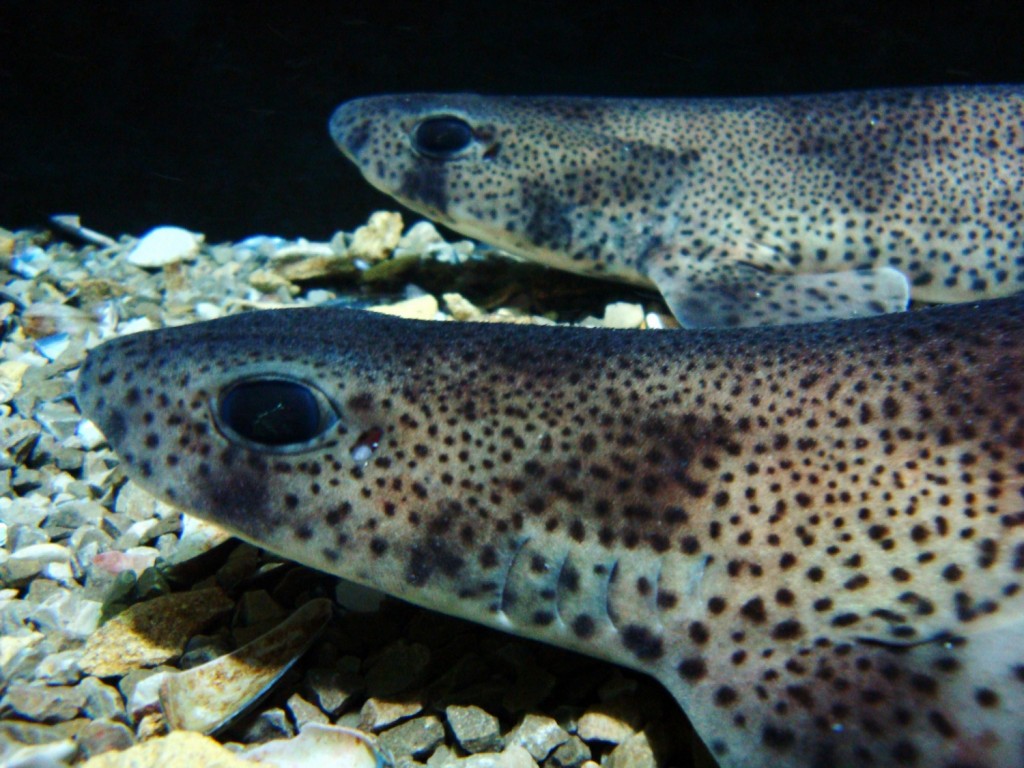 Juvenile Lesser Spotted Catsharks
Young catsharks are about 10 centimetres long when they eventually hatch after spending up to 11 months developing inside the egg-case.
Once the sharks have hatched the empty egg-cases, commonly known as mermaids’ purses, are often found washed ashore on British beaches.
“The egg-cases produced at the aquarium are first removed by divers from the larger shark display and then transferred to nursery displays,” said Olivia.
“All hatched baby sharks spend up to 12 months in their nurseries until they grow large enough to join the adults,” she added.
Found from the north east Atlantic to Senegal, the small-spotted catshark, or rock salmon as it is sometimes called, can reach lengths of up to 1metre when fully grown and is an important species for commercial fishermen.
Catsharks feed on crabs, shrimps and shellfish as well as small fish. Females give birth to pairs of eggs and can produce between 40-50 eggs each year.
Issued by Bristol Aquarium. For more information and to arrange pictures, interviews and filming opportunities please contact Hannah Worrall or Olivia Orchart on 0117 929 8929.