A shoal of bizarre-looking lumpsucker fish has gone on display at Bristol Aquarium.
Half a dozen of the fish, which have been described as Britain’s least graceful, are sharing their new home with a lone wolf fish. 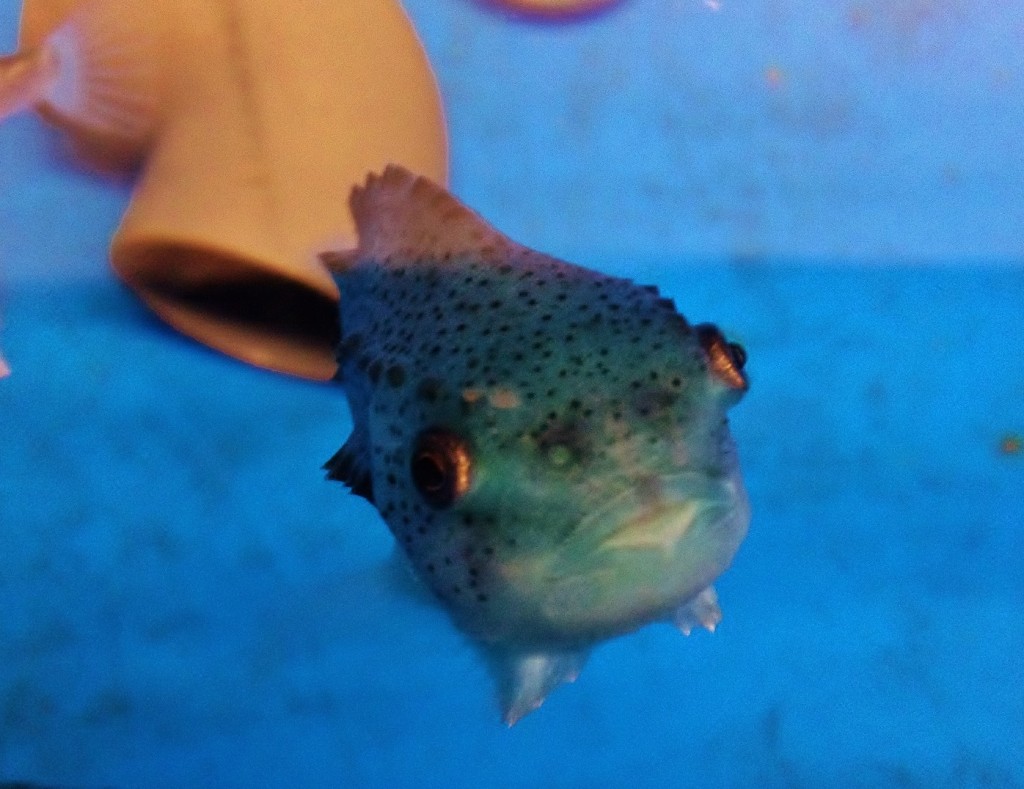 Juvenile lumpsucker at Bristol Aquarium
It is hoped the juvenile lumpsuckers, which are part of a captive breeding programme, will eventually produce their own young at the Harbourside wildlife attraction.
Bristol Aquarium’s Olivia Orchart said: “Lumpsuckers get their name from specially adapted pelvic fins on their bellies which form a suction cup
“They’ve been described as one of the marine world’s least graceful fish and they certainly look strange with their scaleless blue-green skin and deep bodies covered with bony lumps
“Our fish were part of a group which are used to naturally control the numbers of sea lice in fish farms without the need to use chemicals
“At the moment they are still quite small – the largest is less than 10cms in length – but they will eventually grow to be more than three times that size,” she added.
Found from Northern Europe and Greenland to Maryland in the United States, lumpsuckers are also known as ‘sea hens’ and spend most of their time in deep water.
In the spring, they come into the shallows to spawn. While the female returns to deeper waters, the male remains and protects the clump of up to 200,000 eggs from predators until they hatch.
The fish’s pelvic fins are adapted to form a powerful sucker on their undersides which is useful for clinging to rocks, particularly in wave-washed shallow waters and also allows the father to stay anchored to the rocks beside his eggs. 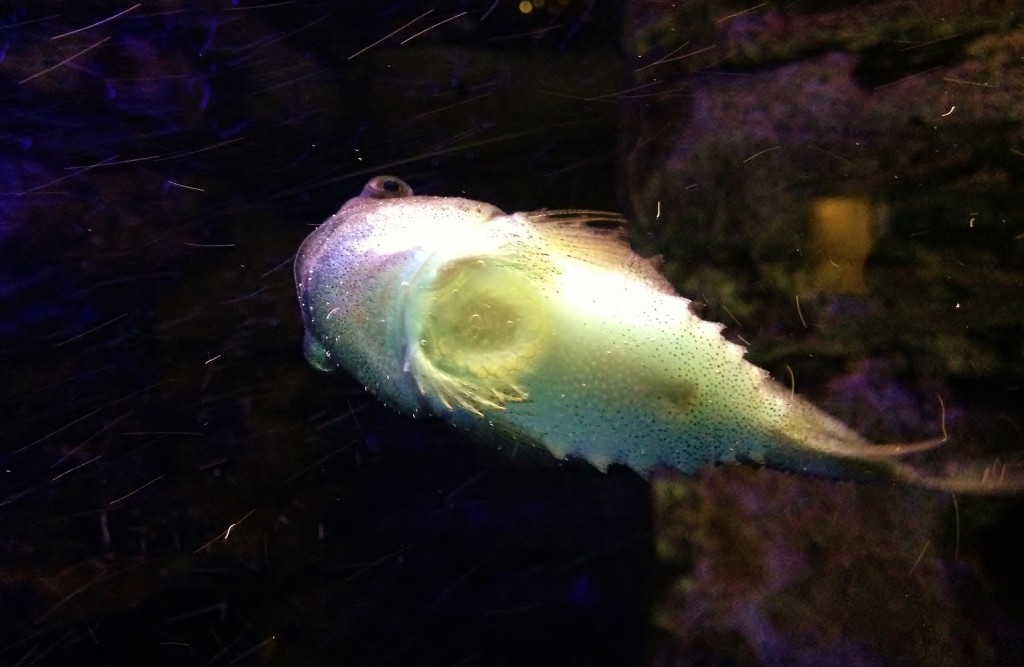 Suckered onto the glass tank at Bristol Aquarium
Apparently eighteenth century scientists, keen to find out whether the lump sucker really lived up to its name, noted that a bucket full of water could be lifted by the tail of a full grown fish clinging to its base.
Issued by Bristol Aquarium. For more information and to arrange interviews and picture/filming opportunities please contact Hannah Worrall on 0117 929 8929.