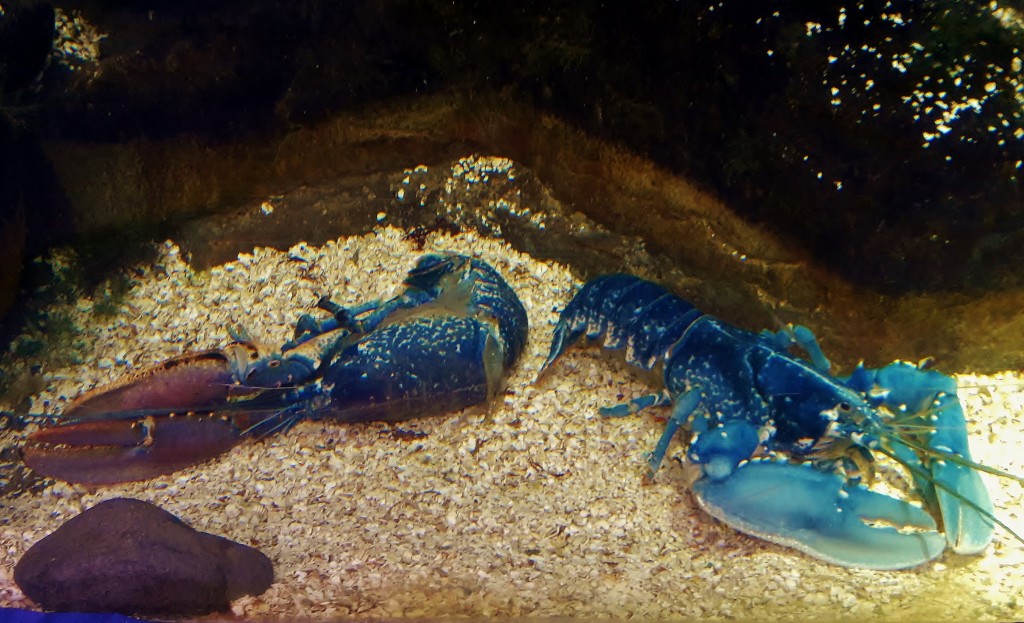 Staff were a little shell-shocked this morning and thought they were seeing double when they discovered Charlotte, our bright blue lobster, apparently sharing her display with an identical twin.
On closer inspection it became clear the ‘twin’ was in fact a complete moult.
The delicate moult is an exact replica of Charlotte including both claws, legs and even antennae. 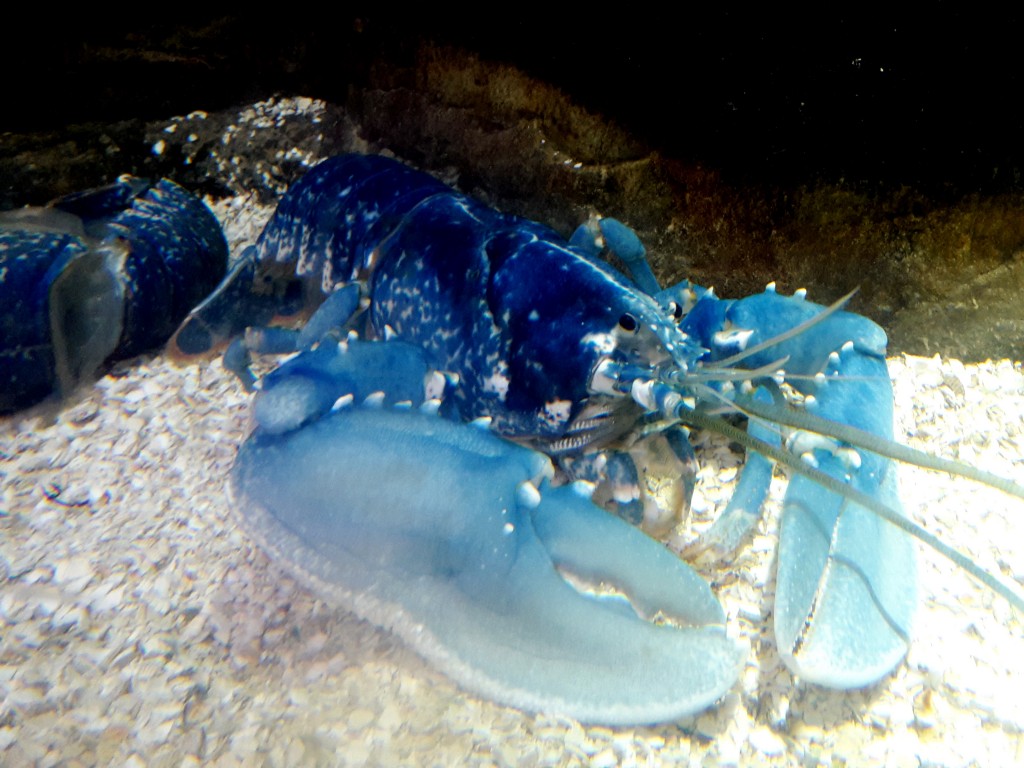 Bristol Aquarium’s Sarah Moore said: “Charlotte was one of the first arrivals here at the aquarium and her striking colouration has always made her popular with visitors.
“As far as common blue lobsters go Charlotte’s blue colour is pretty bright, and – at the moment – you can see her claws are even brighter blue than before” she added.
Aquarists have retrieved the empty ‘shellsuit’ and plan to put it on display in their Learning Lab in the near future.
The European lobster is the largest and strongest of all British crustaceans. It can live for 40 years or more and the largest ever caught was landed in Cornwall in 1931 – weighing in at 9.3kgs and measuring an amazing 126 centimetres long from tail to tip of antennae.
Lobsters are among the planet’s oldest inhabitants with fossil remains found dating back more than 100 million years. They are also extremely long-lived with some individuals reaching ages in excess of 80 years.
A lobster’s claws grow much faster than the rest of its body. In one giant specimen its claws were twice the weight of the rest of the animal.
As with most members of the crustacean family, lobsters are also able to re-grow lost limbs and even re-generate missing eyes.
For more information and to arrange picture and filming opportunities please contact Sarah Moore or David Waines on 0117 929 8929.