A marine biologist has collected around 600 shark eggs in a single dive at Bristol Aquarium. 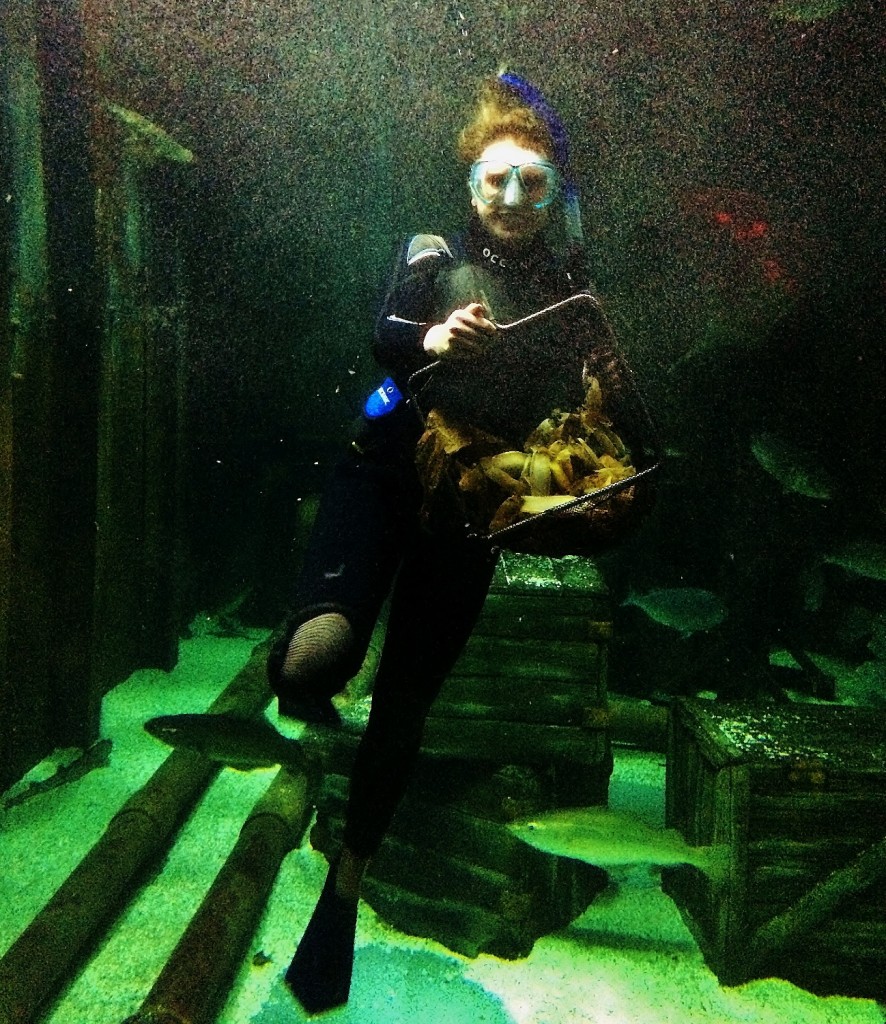 It’s by far the largest single haul of egg-cases ever at the aquarium and now aquarists are busily sorting through them to check which ones are fertile.

Among the viable eggs so far discovered are dozens of spotted catsharks and a number of rarer bull huss shark eggs.

Olivia used a special net basket to collect the eggs, also known as mermaids’ purses, many of which are now on display in a nursery tank.

The 260,000-litre display is home to a variety of native shark and ray species including spotted catsharks, bull huss and thornback rays along with cod, bass, pollock, lobsters and crabs.

“We had noted there were a lot of egg-cases within the display but even I was amazed by how many were actually down there,” said Bristol Aquarium’s Liv Orchart.

“It took a long time to get them all and we haven’t done an official count but there are at least 600, and there may well be even more.

“Although the egg-cases are quite thick you can clearly see the unborn baby sharks wriggling inside several of them if you hold them up to the light.

“The majority of the eggs won’t be fertile but dozens of them are and those are the ones which will be going in to our nursery displays.

“We’ve got so many we will also be keeping some in our quarantine area but visitors will be able to see the baby sharks as they develop and wriggle inside their eggs,” she added. 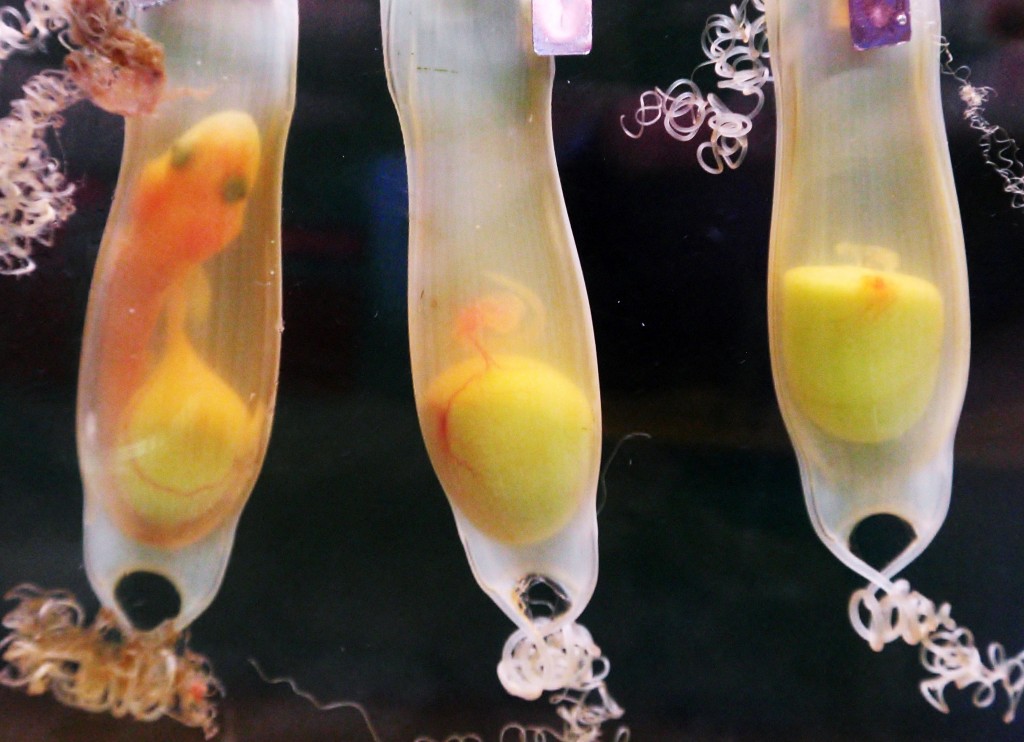 Found from the north east Atlantic to Senegal, the small-spotted catshark, or rock salmon as it is sometimes called, can reach lengths of up to a metre when fully grown and is an important species for commercial fishermen.

The bull huss – or nursehound – is a member of the dogfish family. It is usually found over rocky seabeds and broken ground where the mottled appearance of the fish blends into the background.

Fully grown they can reach lengths in excess of 1.6 metres and weigh over 10kgs.