The Creepiest Creatures you’ve ever seen!

As part of our A’scare’ium event this October half term at Bristol (running from Saturday 26 October to Sunday 3 November), you’ll get the chance to encounter some of the scariest, creepiest creatures around, including spider crabs, piranhas and eels. To celebrate, we’ve rounded up five of our favourite creepy creatures in this blog.

The Chilean rose tarantula, also known as the rose hair tarantula, the Chilean fire tarantula, or the Chilean red-haired tarantula (because why only have one really cool name when you can have, like, four?) is one of the most common types of tarantulas and a very popular choice among people who keep them as pets (yes, some people do that). It gets its name from the red coloured hairs across its legs and thorax, which make it look even creepier as it stalks its prey of grasshoppers, crickets, moths, beetles, cockroaches, mealworms, small lizards, and mammals. Yep, mammals. NEXT!

What’s worse than a massive spider? How about a massive SPIDER CRAB that grows up to 20cm and has a face only Mama Crab could really love? Also known as the European Spider Crab, these creepy creatures are common in the seas around West and Southern England. They have large, spindly legs like a spider (hence the name), and a spiky orange shell that is often covered in algae, just to be extra creepy. 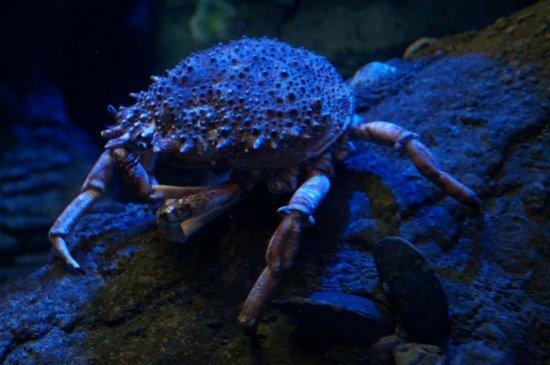 These deadly little creatures are perhaps more scary than creepy, with their teeth-filled mouths perfectly primed for ripping apart prey in a matter of moments. Piranhas live mainly in South American rivers, floodplains, lakes and reservoirs and feast regularly on other fish – although they will also eat plant materials too. Scientists have just discovered that piranhas have a set of spare teeth waiting in a ‘crypt’ below their current ones, so the wear-and-tear doesn’t slow their voracious quest for food down. OK, maybe that is a bit creepy.

You have to wonder what the creepy creatures of the deep did to deserve their looks. The plains of Africa have got proud lions, the Arctic has majestic polar bears, the skies have so many beautiful birds, and the sea… has got the Moray Eel. Poor guy. You absolutely would not want to come face-to-face with one of these during a moonlit swim, although the chances of that are slim as most species live in tropical waters. Like something out of a horror film, the Moray Eel uses its second pharyngeal jaw to capture and restrain prey, pulling food into its mouth over its tooth-packed oral jaw. Maximum creepy points.

Remember, when we’re dealing with creepy creatures, size isn’t everything. In fact, what makes this little critter – measuring just over two centimetres in length – quite so creepy is that, well, actually, they’re kind of cute. The ultimate creepy disguise. But don’t let it fool you: these phantas-tic things are so hardcore that they actually generate their toxins from their diet. That’s right, they eat poisonous ants and insects – no big deal – then secrete poison to guard themselves from predators. Lovely! 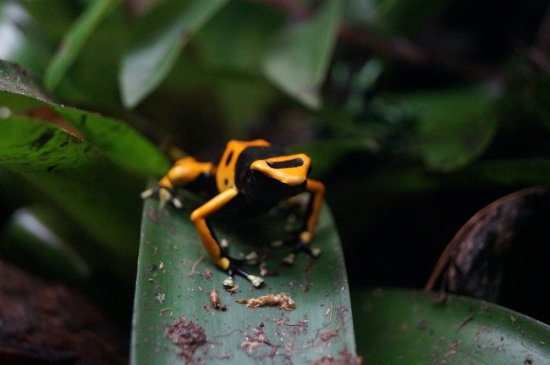 Come face-to-face with our creepiest creatures as you delve into the deep dark depths of the ocean this Halloween at Bristol A’scare’ium!

We’re open 10am-5pm with last entry at 4pm. Pre-purchase tickets online to save.