At Bristol Aquarium, tropical pufferfish are being trained to come to the surface of the water to be fed using a hula hoop.

Enrichment training is a key to the welfare of captive animals and pufferfish are very intelligent, hence why they are being trained at Bristol Aquarium. 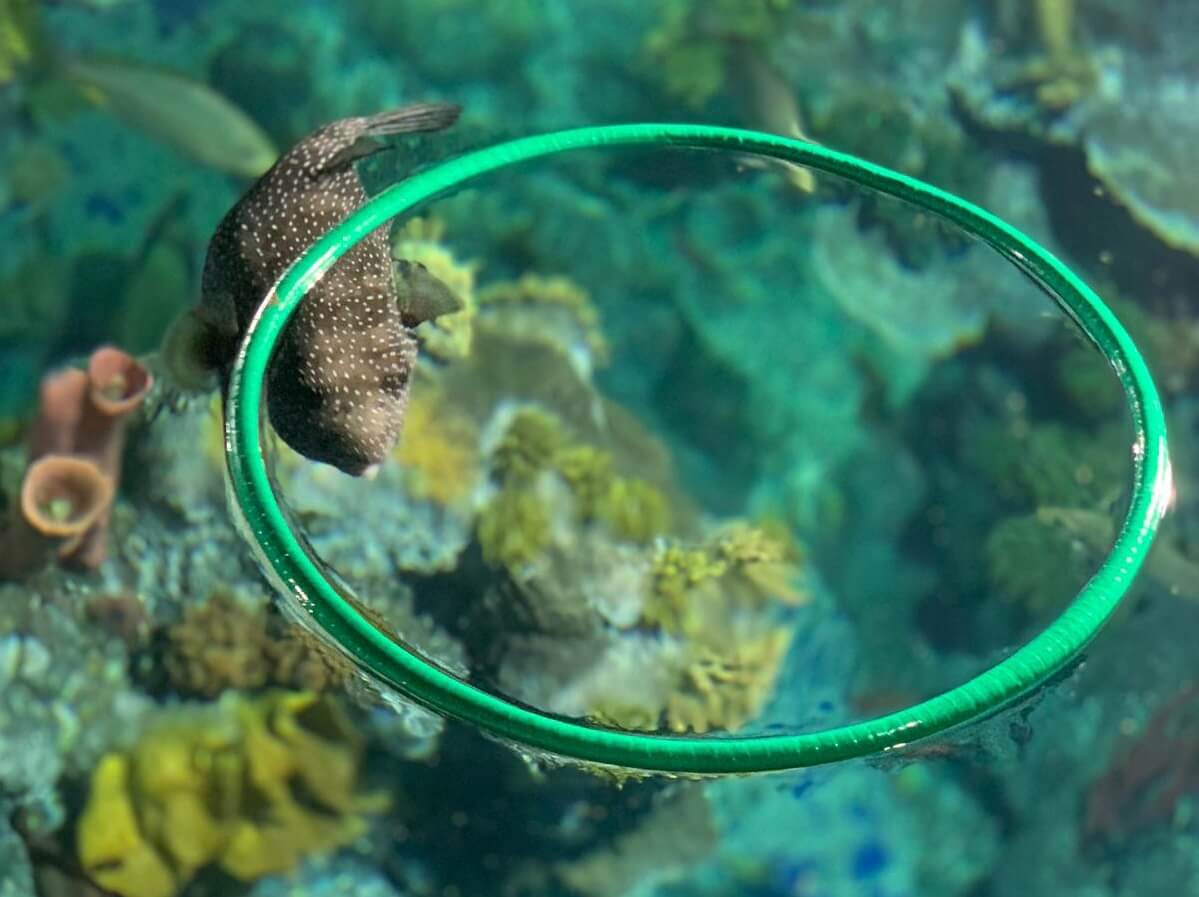 Tamara Canalejas, Aquarist at Bristol Aquarium said: “We are having a great time training our tropical pufferfish, the training enables us to monitor the animals more closely and to see how much they are eating.”

“It has taken quite a bit of patience to get to this stage but we are thrilled to see success from our hard work!” added Tamara, who has taken a lead role in the pufferfish training routine.

The large tropical display at Bristol Aquarium holds 250,000 litres of water, with a host of species from tropical sharks and fox faced rabbit fish to unicorn tangs and moray eels. The display can be viewed from our impressive floor to ceiling window and through an underwater tunnel.