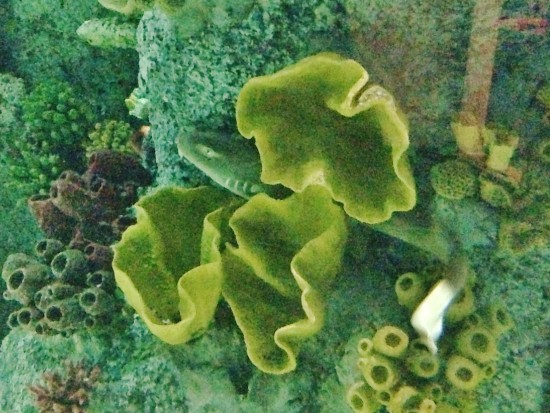 A tropical shark which outgrew its tank in a Worcestershire pet shop is enjoying its spacious new surroundings at Bristol Aquarium.

The female bamboo shark was donated to the Harbourside attraction after her owners realised they could no longer look after her.

The shark, which was born at the pet shop, will eventually reach 1.2 metres when fully grown and was being housed in an 800-litre tank.

Her new home, in the aquarium’s tropical reef displays, is around 200 times larger.

Displays Supervisor, Olivia Orchart, said: “She is settling in really well to her new home and is already proving to be a voracious eater!

“We are feeding her on a mixture of mackerel, sprat, herring and sand eel and she’s loving it.

“She shares the display with a variety of other tropical marine species including a leopard shark, pufferfish, angelfish and a honeycomb moray eel,” she added.

Found from the east coast of the Indian Peninsula to northern Australia and north as far as Japan bamboo sharks live around coral reefs and tidepools.

Their diet consists of meaty foods, such as shrimp, crabs fish and squid and
they pose no threat to humans only reaching a maximum of just over a metre in length when fully grown.

Although born with dark bands across their bodies these will gradually fade as they mature and adults are usually a light brown colour.

Bamboo sharks actually prefer shallow waters, however they regularly become stranded in rockpools during low tide. To combat this they have the ability to survive for up to 12 hours out of water.

They are classified as Near Threatened (NT) on the IUCN Red List. The major threats to these sharks are the loss of their habitat, pollution and overfishing.

Issued by Bristol Aquarium. For more information and to arrange interviews and picture/filming opportunities please contact David Waines or Olivia Orchart on 0117 929 8929.