Bristol Aquarium is the UK’s only Aquarium with a huge botanical house, taking visitors on a journey around the World, and in some cases, even through time.

From sharks and rays, to ancient plants like tree ferns, horsetails and cycads, we are home to some fascinating living fossils that have survived almost unchanged for millions of years!

Alongside our display of Rays is a setting dedicated to the Jurassic era.

Bristol Aquarium provides the perfect platform to learn about the Jurassic era, brought to life with replica dinosaurs and pterosaurs (always incredibly popular with our younger visitors!). 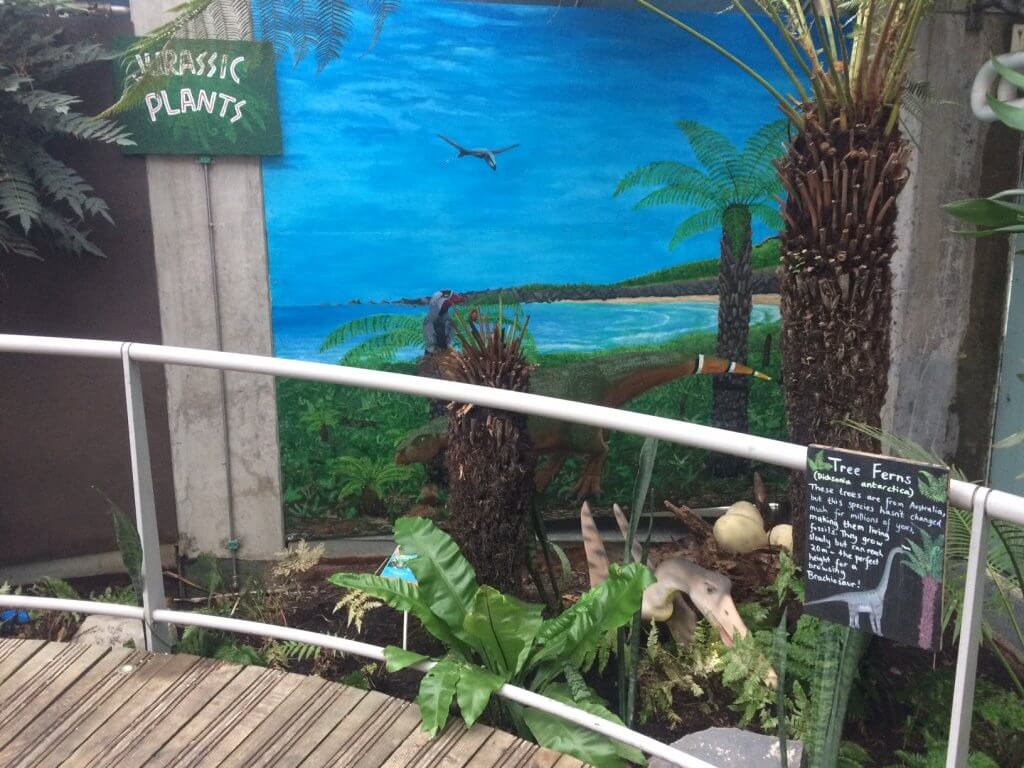 NEW! Our hand painted Jurassic mural has created the perfect backdrop to this fascinating display. Our resident horticulturalist Anna Lim has worked with local palaeoartist James Ormiston to painstakingly bring to life the Jurassic south west coast. 150 million years ago, the supercontinent Pangaea was breaking up, and the UK would have been close to the equator. There would have been lots of large land dinosaurs, flying pterosaurs, and sharks swimming in our tropical seas, and there were no grasses or flowers. If you look closely, you can spot prehistoric insects, primitive birds, and a predatory dinosaur sneaking up on a herbivore.

On your next visit to Bristol Aquarium, come and take a closer look at our pre-historic display!